Decades of federal architectural policy would be upended if the Trump administration follows through on an executive order that was leaked to the Architectural Record on Feb. 4.

Titled “Making Federal Buildings Beautiful Again,” it announces that the classical style of architecture – which refers to architecture inspired by the monumental buildings of ancient Greece and Rome – will be the “preferred and default style” for many federal buildings.

Since then, the American Institute of Architects, the Society of Architectural Historians, the National Trust for Historic Preservation, Docomomo and the Architectural Lobby – among many others – have publicly announced their opposition to the order.

As a historian of modern architecture, I share their suspicions. While the executive order certainly aligns with some of the administration’s conservative priorities, I fear that it will ultimately stifle innovation and reverse recent federal support for architectural experimentation.

What’s in the executive order?

In fact, they specifically suggest that “development of an official style must be avoided. Design must flow from the architectural profession to the government” – which is exactly the opposite of what Trump’s mandate is trying to do.

So who’s behind the executive order?

It was drafted by the National Civic Art Society, a conservative nonprofit that promotes the classical tradition in architecture, urbanism and the arts. The group considers modernist architecture to be “a failure” and endeavors to “help architecture return to its pre-Modernist roots.” The National Civic Art Society claims all forms of modern architecture “reject traditional standards of beauty and harmony. Indeed, ‘beauty’ is a forbidden word,” and notes that some leading modernist architects were fascists, racists and evinced a “hatred of democracy.”

‘Classical’ can mean many different things

Many U.S. government buildings – from the White House to the Supreme Court Building – were built in the classical style. According to the executive order, because the style alludes to the architecture of “democratic Athens and republican Rome,” it is able to “physically symbolize” the nation’s self-governing ideals. On the other hand, the order and the NCAS characterize buildings built since 1962 as “undistinguished… uninspiring … and even just plain ugly,” citing popular opinion polls as proof.

And yet, critics have been quick to point out that the classical style doesn’t always symbolize democratic ideals of self-governance.

Dictators, plutocrats and autocrats have long used the classical style to connect the grandeur of the Roman empire to their own power. Hitler, Stalin and Kim Jong-Il all favored classically inspired buildings.

In the United States, there’s a strong classical tradition in not just the capital but also in the South, where plantation owners were keen to build their mansions in the neoclassical style – and where this architectural tradition is still alive and well. For example, we see it in buildings like the recently completed Federal Building and Courthouse in Tuscaloosa, Alabama. Yet it’s difficult to avoid the fact that many of these neoclassical estates – these purported symbols of democracy – featured separate quarters for slaves. 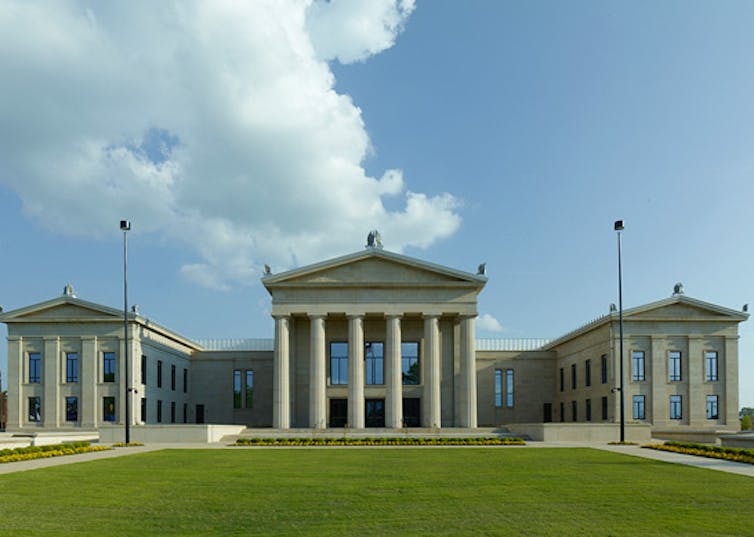 The Federal Building and Courthouse in Tuscaloosa, Alabama was completed in 2012. HBRA Architects

There could be a more straightforward reason for this executive order, however.

Trump’s order notes that it is simply about reviving the ideals of the Founding Fathers, and it’s clear about its goal to overturn the 1962 guidelines that allowed controversial Brutalist structures, such as the J. Edgar Hoover Building in Washington, D.C., to be built. 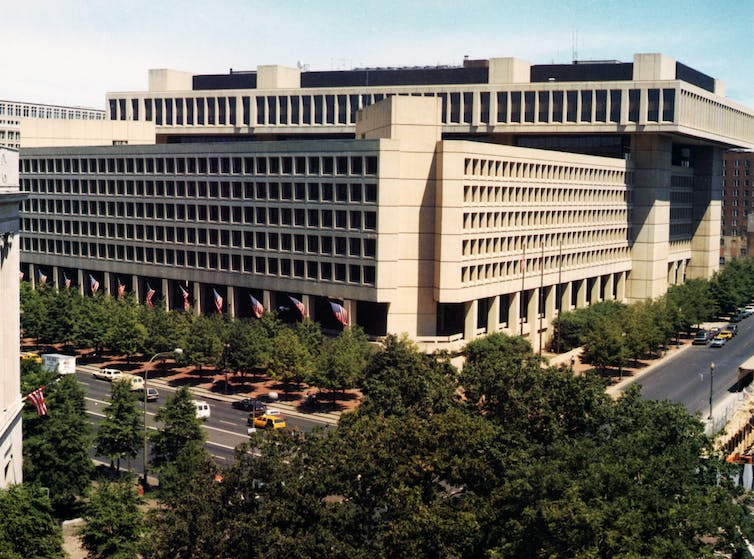 The J. Edgar Hoover Building, which houses the headquarters for the Federal Bureau of Investigation, was built in the Brutalist style. Universal History Archive/Getty Images

But since Trump entered office, he’s sought to undermine, roll back and rewrite the legacy of his predecessor, President Barack Obama. So it’s plausible that the order is a direct reaction to a “building boom” that happened under President Obama and was funded via the American Recovery and Reinvestment Act. During this period, the Obama administration helped promote a diverse range of innovative and cutting-edge federal buildings, from Kieran Timberlake’s U.S. Embassy in London to the new U.S. courthouse in Austin, Texas. 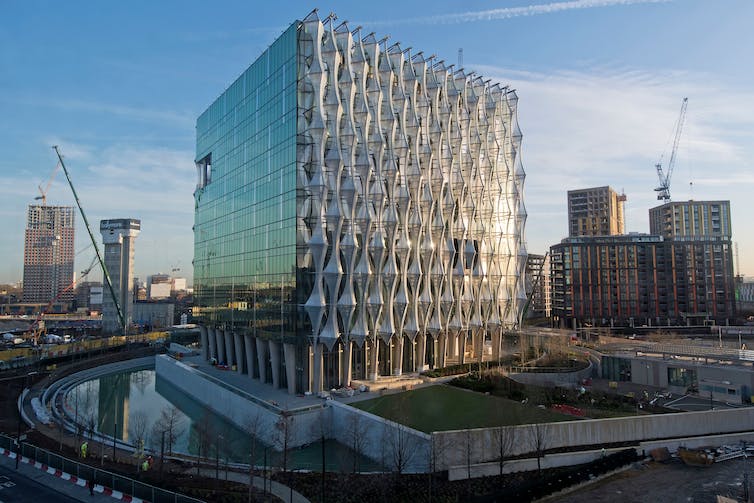 The U.S. Embassy in London opened in 2018. Justin Tallis/AFP via Getty Images

These structures combined provocative design with the latest advancements in security, while incorporating green building systems that reduced energy costs. Together, I believe they project the image of a technologically advanced and enlightened U.S. federal government.

No matter your views on classical architecture, restricting designs to one particular style rejects the diverse tastes and ideals of the American people. Furthermore, this executive order would stifle innovation and progress in the architecture, engineering and construction industry.

Because aesthetics and symbolism is so central to classical architecture, the buildings – almost by definition – are more costly and less energy efficient than so-called “high-performance buildings,” which focus on cost-effectiveness, safety, sustainability and accessibility, in addition to aesthetics. Through organizations such as the National Institute of Building Sciences and their Whole Building Design Guide, the federal government has, in recent years, been working to produce advanced buildings that set standards for the industry and the world.

For these reasons, the administration’s mandate for classical architecture constrains architecture’s ability to innovate and tackle real world problems.

[Insight, in your inbox each day. You can get it with The Conversation’s email newsletter.]